I believe that only two bodies criticised here have ever responded: one rapidly fixed the problem and went out of business; Alejandro Villén@Loving Books indicated that he’d continue to sell his pile of poo, and is probably doing very nicely. And I doubt very much that any of the rest gives a monkey’s. It’s time to get tough.

Unless things improve rapidly, starting on April 1st Fucked Translation will activate a global network of sleeper linguists. These lethal and dedicated professionals – driven to despair by decades of half-witted customer queries and 12-month payment delays on negligible invoices – will produce defective writing and translation in Spanish on such a scale as to, where applicable, reduce Hispanophonia to the level of Gary Larson’s famous dogs: 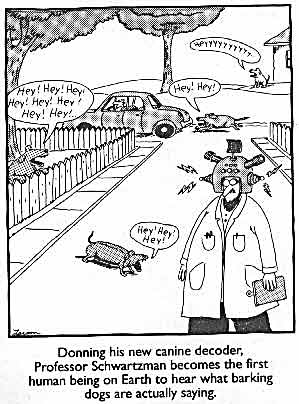 Furthermore, Spanish speakers will come to think they are talking Italian.

Here, from Tintin’s favourite château, is a preview of the chaos that awaits.

And here’s a simple Pac-man vs monster representation (küchen with thanks to MM): 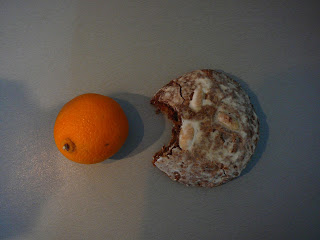 [
Perhaps someone would like to update this bit of my favourite romance to reflect the above threats:

What’s special about it? Unlike most, it places you in a historically identifiable time and place; the practical details (salting the meat) give a particular sense of verisimilitude; unusually the Moor has the last word; the alexandrines are easy, even for someone who’s never recited in Spanish before; the vocabulary isn’t too complicated; and it’s short enough that you declaim all of it from the steps of the church in Santa Fe del Penedés, facing Granada on the hill, and make a getaway before the police arrive.