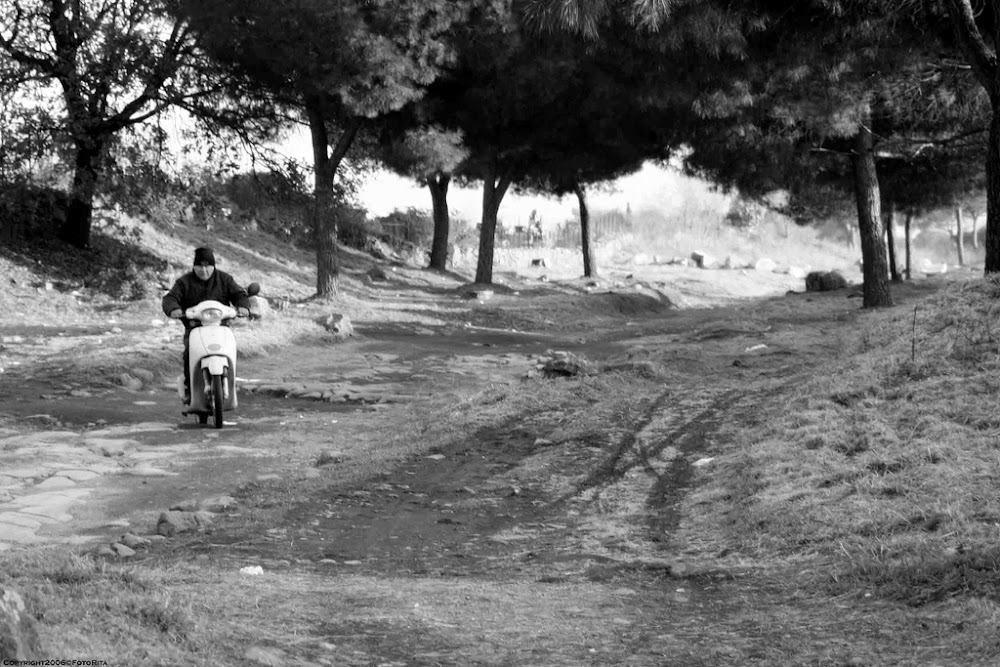 Watch out for this guy. Image: FotoRita.

Other walks, & more on the way: I've been walking to and from airports for longer than Will Self and the route base will gradually materialise here.

This tremendous walk leads you in the wheel tracks (still visible) of no less than a Stuart bishop of Sarum, whose journey along the Via Appia the antiquary Basil Kennett (1674–1715) reported (Romae antiquae notitia) as follows:

The most noble, in all respects, [of the public ways] was the Via Appia, taking its name from the author Appius, the same that invented the Aqueducts… This was carried to such a vast length, that Procopius reckons it a very good five days journey to reach the end; and Lipsius computes it at 350 miles. An account of as much of this way as lies between Rome and Naples, the right reverend the present lord bishop of Sarum has obliged us with in his letters; he tells us it is twelve feet broad; all made of huge stones, most of them blue; and they are generally a foot and a half large on all sides. And presently after, admiring the extraordinary strength of the work, he says, that though it has lasted above 1800 years, yet, in most places, it is for several miles together as entire as when it was first made. 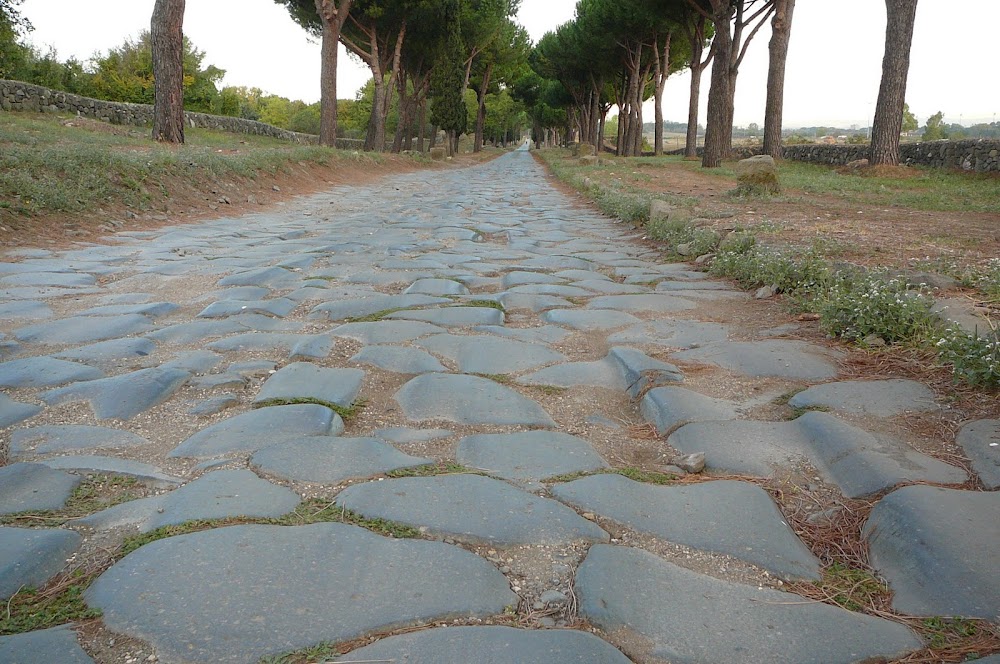 There’s a decent article on Wikipedia, and here are official maps of the route, but it’s all incredibly simple:

There are public fountains every once in a while, but food stops are concentrated at the northern end of the walk and tend to be pricey and not very good. This, the first bar, is half-way along, just after the Capo di Bove baths and before the tomb of Cecilia Metella, Crassus’ daughter. The terrace is expensive and the cakes are dry and mediocre, but the garden round the back is pretty, and it does the job. The food shop almost opposite is more interesting.

You can do this at a moderate pace with a couple of beer stops in four hours, but even if you’re only here for the weekend the wealth of stuff you’ll encounter justify several hours more – despite massive illegal house-building and other construction, this landscape has still fared far better than, for example, the Granada plain.

If however you can’t be arsed to walk, the only sensible way to get in and out of town is the train from Roma Termini to Ciampino for about 1.30€ in 15 minutes every 10-15 minutes or so till around midnight and then again from around 5, and there’s a half-hourly shuttle bus to the airport. If you somehow manage to arrive at 3 in the morning, feign a heart attack – the ambulance will get you to town and is cheaper than the taxi.