Provided by the Junta de Andalucía in collaboration with Vodafone. Don’t forget your glasses, and enjoy the raffle, presumably to be held in the rest break between the Introduction and the Practice sections: 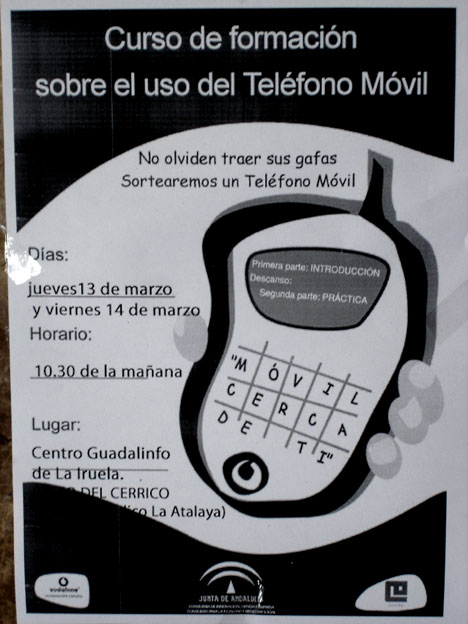 The English Wikipedia says that the history of Andalusia ended with the Muslims, which seems like fair comment. The Spanish version says that we have records of Andalusia before records began, a quite remarkable accomplishment and a tribute to the development of Andalusian education under the present caudillo. And if it isn’t then it’s all the fault of Francisco Franco (1311-1387).

In recent history (Contemporary History in the same article precedes Twentieth Century History, so a plague on both their houses), the phrase “una época de lenta recuperación” may refer to the slow recovery of caciquism, and the definition of Andalusia as a nationality rather than a nation (“Me? I’m England!”, la patrie c’est moi, etc) is a sure sign that all the fine work that went into the New Grammar of the Andalusian Language was not lost on the outbreak of the Civil War, as some would have you believe.

¡Viva Andalucía! perhaps the only coherent reason for wanting to live in the People’s Republic of Cataloonia.

(Thanks to Foreign Correspondent)