Does anyone know what they’re for? 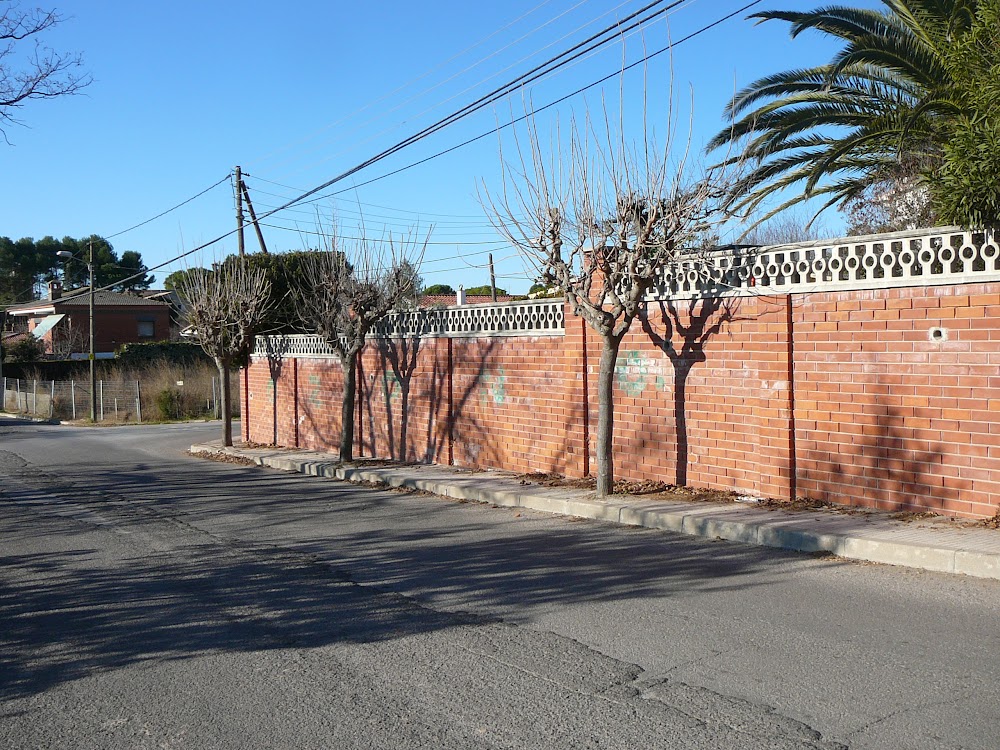 Utterly bloody useless pavement on an Andalusian reservation near Piera.

Looby, who I’d call the Lancaster Proust, if Proust hadn’t been so bloody boring, says “I’ve never been to Spain but I’ve always thought they must have incredibly wide pavements, given the behaviour of Spaniards in England.”

In fact they are usually incredibly small, or filled with motorbikes, cars and other impedimenta which have the same effect.

A few years in Gracia, Barcelona someone complained about cars parking on pavements/sidewalks along its narrow streets, and the council’s response was to put bollards along them so that they were just as useless to pedestrians as when cars were parked on them.

I believe that some vague concept of their purpose exists, but I don’t know what it is, unless it’s merely a way of signalling that you’re in a town, which is I think what the one pictured is designed to do.

How on earth do wheelchair users survive?