It hasn’t rained very much in Barcelona for quite a long time. You can see the filth awaiting this Renfe train as it passes the Fecsa power station heading south over the Besós. 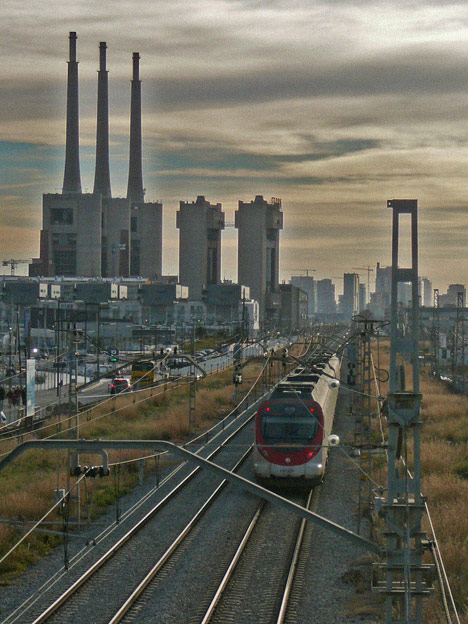