That’s the thesis of Primitivo Abella Cachero, Podemos schoolteacher from Avilés, Asturias. His segue into fluent Caracas vernacular in para. 2 was causing dizziness and loss of vision, so I skipped to the conclusions:

End of two-party politics in Spain? Rebranding, actually: Podemos is IU v2, but also gobbles up a chunk of those who regard themselves as PSOE lefties; and Ciudadanos is PPSOE v2. The former will maintain the arch-conservative policy of seeking to deny students who rely on the state system the linguistic skills that will help them, by increasing their mobility, improve the price of their labour (those pushier, wealthier Madrid families will pay for private tuition anyway); and it is to be hoped that the latter will fight to bring an end to this madness – though the need to form coalitions with regionalist retards may continue to frustrate, as long as the electoral system remains the same.

I suppose the good education news at the moment is that obligatory religious education seems de facto parrot, following the 2013 LOMCE reform, which, by allowing the market to opt for something apart from religion, albeit equally stultifying, did far more damage to the church than the PSOE’s aggressive prohibitionism.

Just in case anyone starts taking me for a progressive tosser, I had a go on one of these the other day and thoroughly recommend it: 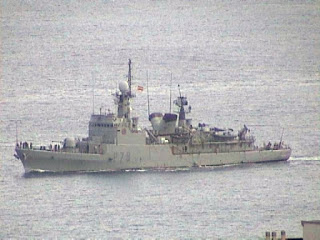